His first guest, marine ecologist and NOAA scientist Robert Pitman spoke against the bill, stating that killer whales in captivity are "sacrificial ambassadors" for their species.

His second guest, Jeffrey Ventre, a medical doctor in Washington State, spoke in favor of the bill, stating that there's no educational value in killer whales doing "bows to Madonna music."

Should California ban Sea World from using whales for entertainment? We look at the documentary Blackfish and legislation it inspired. 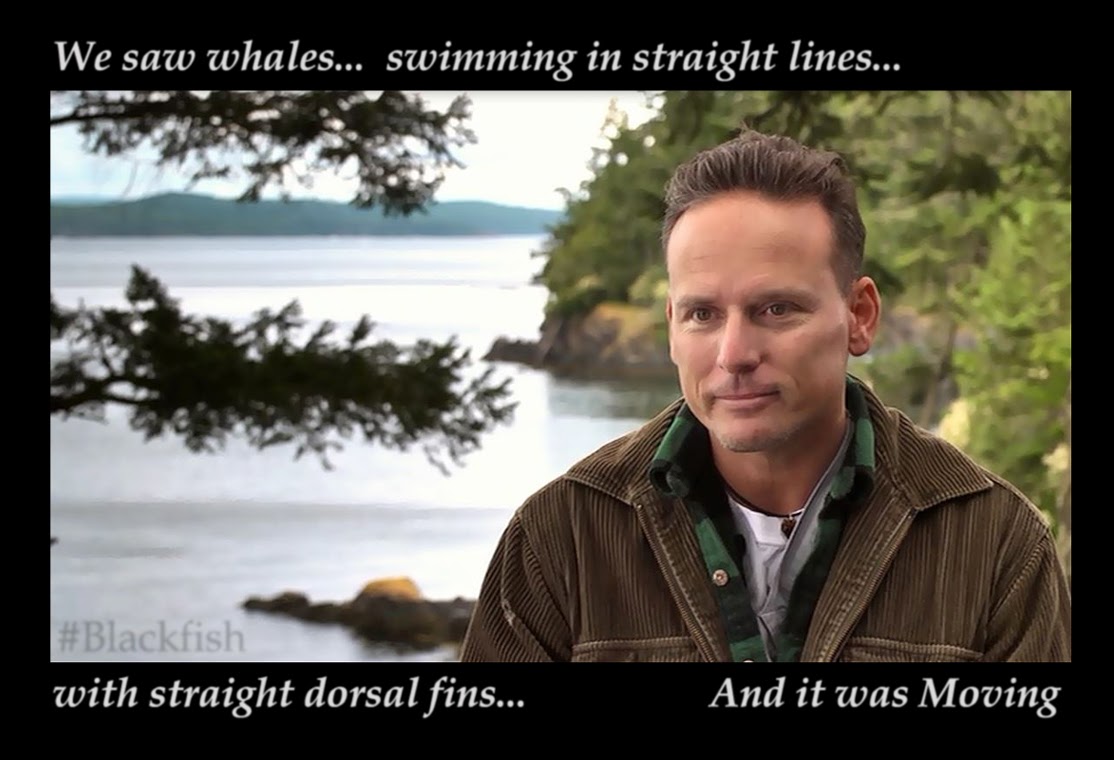 
I don’t know about you but I’m deeply disappointed that BLACKFISH was removed from the final list of nominees for the best documentary film of the year. The five nominees are The Act of Killing, Cutie and the Boxer, Dirty Wars, The Square and 20 Feet from Stardom.

I have not seen any of them. In fact I have not heard of even one of them. I know nothing about them. I could not even find out where I could view them.

Yet I knew all about Blackfish before I even saw it. People were talking about it. It was being aired on CNN. It has gotten rave reviews and it was on the long list for the Academy Awards.

And then it was gone. Removed and I will venture to say – censored.

SeaWorld is a powerful corporation. There is a great deal of profit in enslaving and mistreating marine life, especially Orcas.

No Orca has ever attacked a human being in the wild. But Tilikum the captive Orca at Sea World in Orlando, Florida has killed three people.

I have swam with Orcas and once in the Straits of Bella Bella, British Columbia I was pulled along by an Orca when I grabbed hold of it’s dorsal. I have been in the water with them in Antarctica, Alaska, Washington State and British Columbia and never once felt threatened.

I even met Tilikum once, many years ago at Sealand in Victoria before he had killed anyone. He did not look happy then and I know he is not happy now. 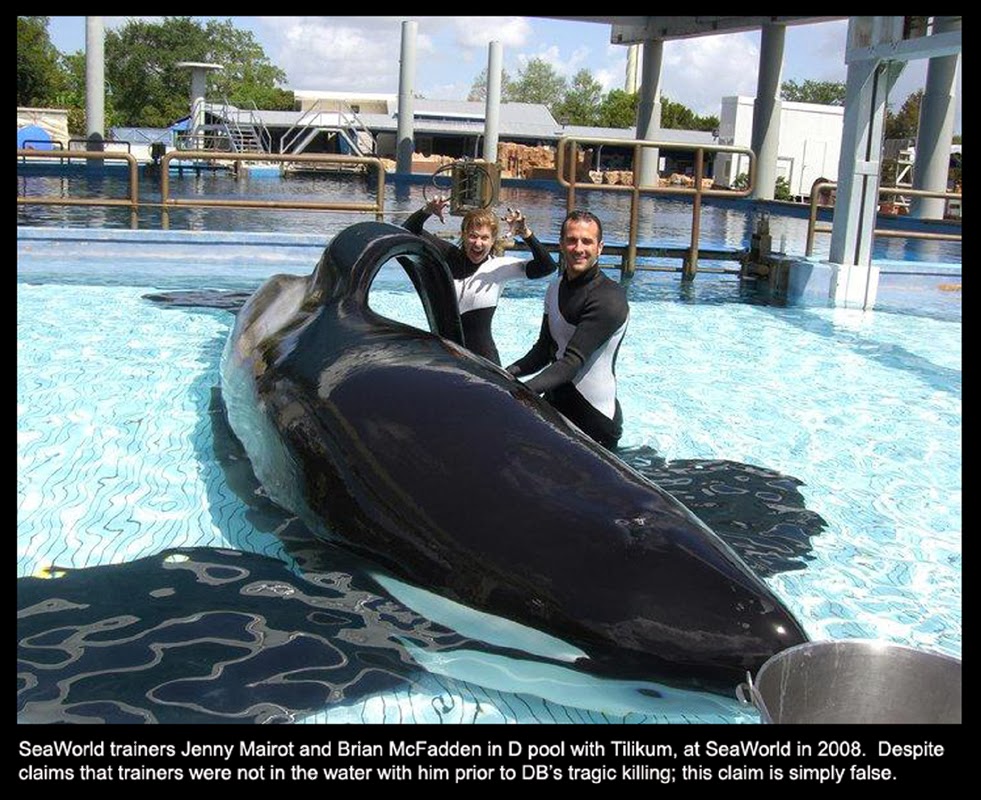 Now why would an Orca, a species that has never harmed a human in the wild kill three people in captivity? 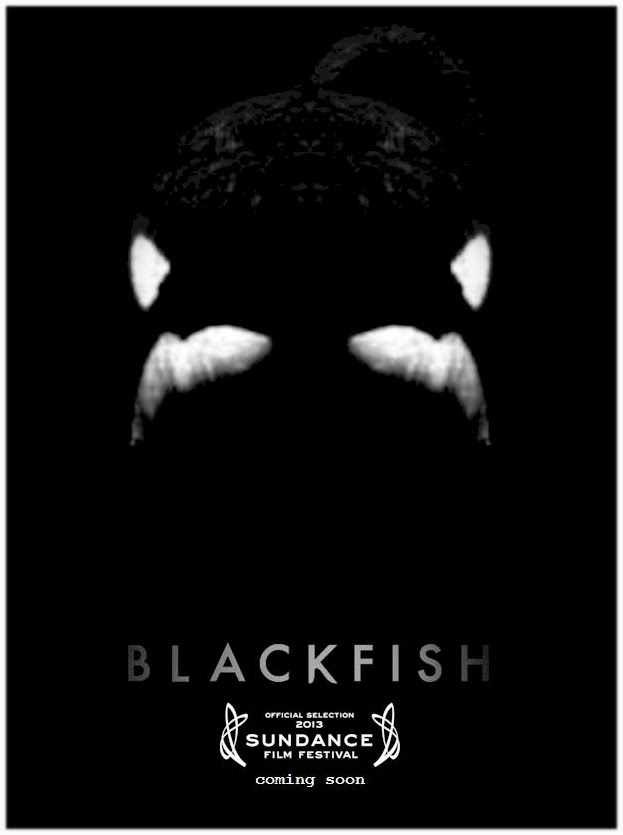 Simple. You can walk down a street in New York City past hundreds of people without having any cause to fear being attacked. But you can’t do the same in a prison exercise yard and turn your back on hardened criminals.

Tilikum is an angry whale and he has every reason to be angry. Kidnapped from the wild, taken from his family, imprisoned in a small concrete cell, fed dead fish, masturbated by humans for his sperm, forced to perform unnatural tricks for the amusement of paying customers and subjected to deprivation training techniques by human jailers.

I’m actually surprised more humans have not been killed by captive Orcas considering the way they are treated.

Sea World’s mistreatment of whales is bad enough but their deliberate exposure of trainers to angry whales is a gross irresponsibility.

And that is what this film is about. 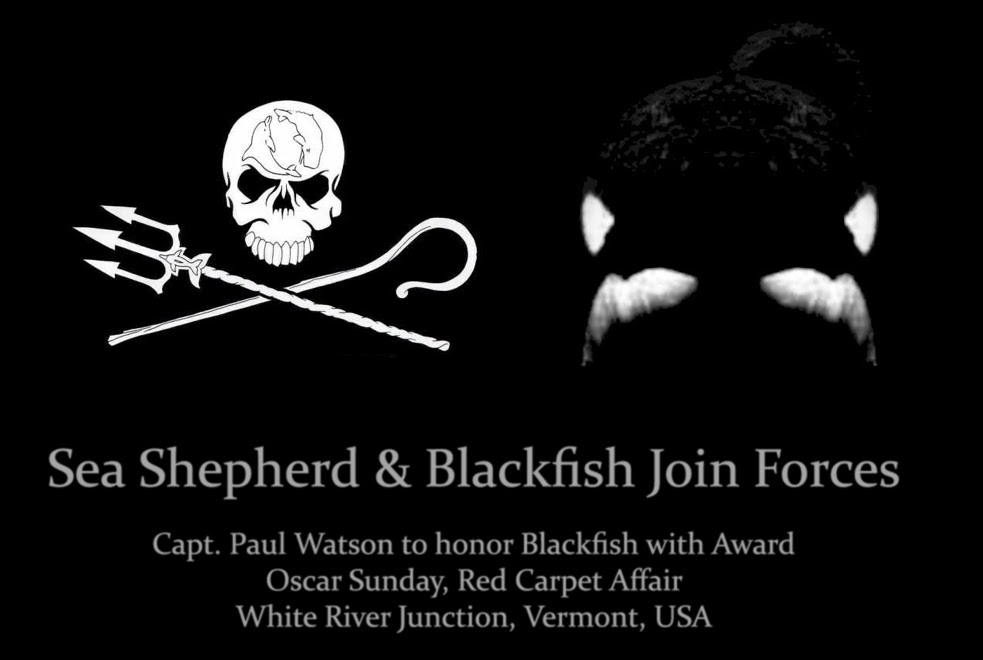 People around the world have responded to Blackfish. It has been a hot ticket at film festivals, it has aired numerous times on CNN and yet the Academy of Motion Pictures Arts and Sciences, without any explanation dropped it from the list of nominees.

Why? One reason is that if it were to win or even be nominated it would have cost SeaWorld tens of millions of dollars. And Sea World has some very powerful allies in Hollywood.

On Oscar night I will be presenting THE BIG SPLASH AWARD to Producer Manny Oteyza who will accept on behalf of the film BLACKFISH.


Manny Oteyza will be flying out from Los Angeles to accept the Award in White River Junction.

Now White River Junction is a small town in the Lower Valley of Vermont and every year REVOLUTION sponsors an Oscar Party usually attended by up to 350 people.

Like the Hollywood extravaganza, the White River Junction event is a Red Carpet affair with a limousine, tuxedos, champagne and elegant gowns.

And I would like you to all be involved. Simply post your comment here in support of BLACKFISH and we will post the comments at the event along with the number of people who give their vote to BLACKFISH as the best documentary film of the year.

Only 6000 people are eligible to vote for the Oscars. Let’s get more than 6000 votes for Blackfish.