NOTE: The email below was published with the permission of Dr. Rose.

The MARMAM e-mail list was established on August 6th, 1993, through the University of Victoria. It is a public e-mail list meant to serve researchers and managers working with marine mammals. As of January 2010 there are approximately 8,500 subscribers to the list.


From: Naomi Rose
Date: May 12, 2015
To: "MARMAM"
Subject: [MARMAM] SeaWorld response to MMS paper on age milestones in killer whales

Once again, I am compelled to post on SeaWorld’s current public relations efforts. A recent paper in Marine Mammal Science, which went through comprehensive peer-review, indicates that while survivorship rates have improved in captive killer whales, survival to certain age milestones is still poor compared to the wild. (It also found age milestones at which survivorship declined in captivity, suggesting that husbandry practices during these life stages are particularly problematic, such as separating juveniles from their mothers.) A popular article about this paper was just published, in which Dr. Doug DeMaster was quoted, as well as Dr. Todd Robeck, a veterinarian at SeaWorld. The article is here:


Any members of the Society can read the original paper, by John Jett, Ph.D. and Jeff Ventre, M.D., online at https://www.marinemammalscience.org/journal/read-the-journal-now/

Dr. Robeck, in his capacity as a representative of SeaWorld, is highly critical of Marine Mammal Science and frankly of the peer-review process. (And I must confess, it has not been MY experience that the Society has a “large anti-captivity sentiment in a lot of [its] members.”)


Dr. Rose does a Ted Talk on the Topic of Killer Whales at TEDXBend

This is typical of SeaWorld – when the company does not like the facts as presented, it attacks the presenter, whether it is an individual or a journal or an academic association.


In short, its typical response is the ad hominem attack, when it should be a presentation of data that counters the claims of the analysis it is criticizing. SeaWorld, in its ongoing PR campaign, has told people that captive whales live as long as wild ones (see http://ask.seaworldcares.com/?p=131), which is not supported by the peer-reviewed science.


"If the company has data suggesting otherwise, it should publish it."

I call again for the Society for Marine Mammalogy to write to SeaWorld’s executives and ask them to stop misinforming the public about marine mammal science and Marine Mammal Science. I strongly urge marine mammal scientists to publicly respond to this PR campaign. This campaign is how many people are learning about killer whales right now and they are being misinformed.

P  Please consider the animals and their habitat before printing.

Information on Dr. Rose & the Video Above

The family structure of orcas is destroyed by captivity, and its time to return them to their world, the ‘real” sea world, instead of forcing them to live in ours.

As a scientist for Humane Society International and a marine mammal scientist for the Animal Welfare Institute, Rose has spent her entire career studying whales and dolphins (cetaceans) in captivity and how society’s relationship with these animals needs to change. Rose travels the world, most recently to Russia and Singapore, to give presentations about the concerns related to keeping cetaceans in captivity and using them in performances. She brings scientific grounding to an often divisive and emotional topic. Her work has been profiled in the book “Death at SeaWorld” by David Kirby; she also consulted on the 2013 documentary film “Blackfish” by Gabriela Cowperthwaite.

This talk was given at a TEDx event using the TED conference format but independently organized by a local community. Learn more athttp://ted.com/tedx 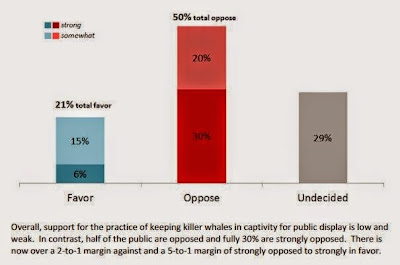 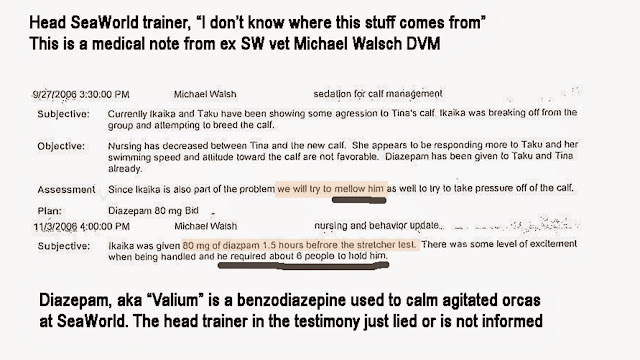 
For more on this story read this piece by Jaime at Cetacean Inspiration:
HEAD SEAWORLD TRAINER LIES TO CALIFORNIA BOARD OF EDUCATION
Posted by JV at 7:16 PM 5 comments: